comes a quick flick, a preview, a trailer of one of the biggest films of this year


no arcane bombs were hurt in the making of this film

Bravo. Another academy award in the bag, sir!

This was awesome. I can't wait to see more.

While it is hilarious (especially the subtitles part), it's kind of cyberbullying.
P

Cyber bullying? I don't think I can laugh any harder!!!!!!!!!!!!! Have you seen a single post he puts on my threads? Do you see me crying? No, I defend myself because I don't need social justice warriors and PC fascist cult members to stick up for me. Individual strength is the only way to go. Getting your strength from a group is for the weak.

bl4ckc0d3r said:
While it is hilarious (especially the subtitles part), it's kind of cyberbullying.
Click to expand...
:fakesuicide:
X

I've partly explained the situation in the past, but since there's still misconceptions about what happened, I'll take my time now to explain in some more detail what happened. Now this will be getting rather long so feel free to skip if you're uninterested.

I left this guild for various reasons, but mainly because I couldn't agree with Ermean specifically in a variety of situations.

One other big reason was that the class leader of Paladins, who was leading the pvp premade after I was done (Kengar), decided to log on another premade members account(Pikkuhousut), walk to Orgrimmar and kill Civilians with the intention of deranking Pikku to the point at which Pikku's rank progress was just slightly below Kengar's own ranking points.
This happened because Kengar wasn't happy with the fact that somebody else was going to get a higher standing than him despite the fact that he was leading the premade.
He was the only suspect in the case. I was pushing the guild leadership to kick Kengar out of the guild, which didn't happen (immediately).

It took some time, long after I already quit the guild, for vg to kick Kengar. This same Kengar is now playing a Horde Shaman with an identical name on Kronos.

I also want to mention that when he joined the guild, I already knew that the guy was bad news, so I did reach out to one influential person specifically and advised not invite Kengar to the guild. Kengar was invited anyway, which lead to the situation I described above.

VG didn't kick Kengar for the deranking, with the excuse that not enough evidence had been gathered and that the leadership had to wait for GMs to confirm who it was that actually logged into Pikku's account to derank him. Everyone knew that there was only 1 person who had Pikku's account information, yet the responsible party wasn't punished.
I strongly disagreed with that approach.
As a result I left the guild partly because of that.
As mentioned, this was the second major reason why I left. Nedstark will be able confirm that this is the truth if you do not trust my word.

I also would like to mention that during the time when the harassment around silithus was at it's peak, I was considering to quit the game, and I certainly would've done so if it wasn't for Hagson reaching out to me on Skype to reconsider.

I explained to Hagson that I would not ask the guild for help in this matter, and that a server where that kind of harassment was fair play isn't a place where I would want to stay. I was majorly disappointed with the stance that the Kronos staff took in the matter (linked above).

As I said, Hagson was the person who made me reconsider. It wasn't that I came to him begging for help because I couldn't do it alone, I stayed because (and this is no exaggeration) I was was moved by his words of support. Hagson caught me on skype as I was literally about to uninstall my game client. We started talking on Teamspeak. He told me that the people at Vanguard would help me at the time simply because they wanted to help, without me even asking for that.

I felt that not responding to all these people's honest desire to help would be ungrateful, so I stayed. I will never forget that I was the one who received tons of help from Vanguard and CORAL at that time.

Some tangential information:
There were two guilds working on farming sands for 8+ hours on that day, it was Vanguard and Coral. These two guilds made sure that Timecop and me gained enough Honor to have a higher standing than Mcdaggers at the time. The combined efforts of two guilds were the reason why Mcdaggers quit at the time.

Regardless of the help I received, I could not stand staying in Vanguard for reasons which have already been stated above.

Horo said:
Everyone knew that there was only 1 person who had Pikku's account information, yet the responsible party wasn't punished.
Click to expand...
If this was true then kicking him would have been a complete no-brainer. However, what you said isn't true; multiple people had access to his account.

Not including invulnerability was naughty.
Still ripperino bomberman, where your reflector at.
Last edited: Apr 12, 2016
P

I'm not gonna make excuses, I died to Seo and that's my own fault.

If possible I'd love for the whole footage to be released - combat log would be amazing - so I could learn from this specific encounter.

Not gonna lie, I was very mad after I lost against him.

Perpxgodx. Are you gonna post all of your footage or just continue to spam reaction images?

If you really cared about anything aside from ridiculing my name, you'd show everything so anyone could take an objective look at it.

now this is why you go rank 14 ladies and gents

All this drama... TOO MUCH

minOan said:
now this is why you go rank 14 ladies and gents
Click to expand... 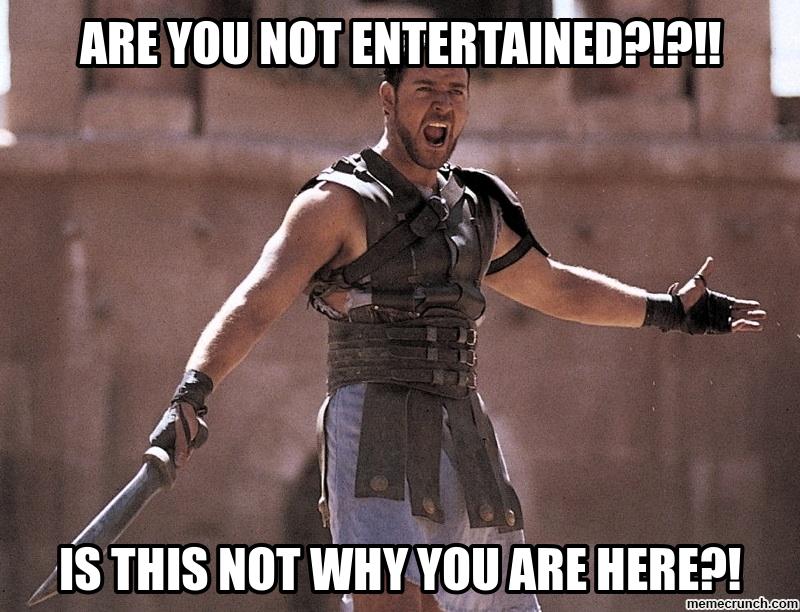 Leido said:
All this drama... TOO MUCH
Click to expand...
Tell me about it.

Grabhammer said:
hilarious
Click to expand...
I'm glad there is somebody who is able to extract something positive out of this.

Ned did tell me that I'd always be welcome on the vg ts. I occasionally visited to hang out, got teamspeak rights by Ned (just to move around in channels. I felt honor bound to not abuse it. I wouldn't have done anything stupid with it) which got removed several minutes afterwards by Ermean. I'm not gonna be presumptuous, it's his TS3 server so he has the rights to do whatever he wants with it. Still, what gives? This happened multiple times.

The last time I was there was during the last Arathi Basin weekend. Played together with the vg premade to get some honor and rep. The alternative was to push some random pug into insane honor while pugging myself in a premade with random dudes - who turned up from answering my call to fight in arathi - on world channel. I did that for a single day and found out that one guy got some crazy high honor because he had a low pvp rank. That's why I contacted Zze and asked to play with them, because I know the feeling of having to fight pugs for high standings. I wanted to avoid creating situations where my former guild members had to take such troubles when they're clearly avoidable. That's why I joined the premade at the time, also for social reasons as well.

Horde was getting stomped at the time by 2 separate premades as well as a third group consisting of pugs. I could've joined any of these other groups and be fine personally. I chose not to.

At the time I was still pissed at Smooglab for dragging the Alliance name through the dirt, so I had enough motivation to fuel me for a few days of Arathi. You can read more about this particular topic here.

During this time I got the opportunity to figure out that nothing changed, people are still behaving in the same way they did 4 months ago. Cool guys are still cool, jerks are still jerks. Some cool guys turned into jerks over time for no foreseeable reason. Must be the result of some kind of brainwashing. Don't know, don't care. Glad I'm not directly part of the propaganda. At least not to my knowledge.

Suffice to say I would've quit Kronos altogether if I didn't leave vg shortly before 2016 arrived.

I'm happy in Synced now and have no desire whatsoever to change my guild. I confirmed that the reasons why I left in 2015 are still in place, yet I still would've loved to be proven wrong about at least some of them (I know this is a selfish desire), again, not that it would've changed anything in particular.
Last edited: Apr 12, 2016

Horo, you are such a kid. You flame everyone else's posts but as soon as people say anything about you, you go and do exactly what Perp posted his video for. You constantly prove everyone's opinion of you every time you decide to post on these forums. The fact that you don't get that yet proves your ignorance. I mean, if you are like me and don't care what others think and just want to continue doing mental gymnastics to think you have any respect from anyone on this server, feel free. I am not here to stop you. Just saying.

By the way, I will be doing tons of ERP with your mother in the next week, things are going to get really nasty, really quick. Just remember you bring this all on yourself.